All furniture sold on our website is originaly shipped in through Los Angeles, our main distribution center. We offer free furniture delivery to all of South California, no matter the size of your order. Our delivery team can deliver within 3-4 days free of charge! While visiting local stores through the Los Angeles area, you will notice they carry the same products as KFROOMS, but in a way higher price range! We sell the same exact quality produtcts for a fraction of the price & free delivery. 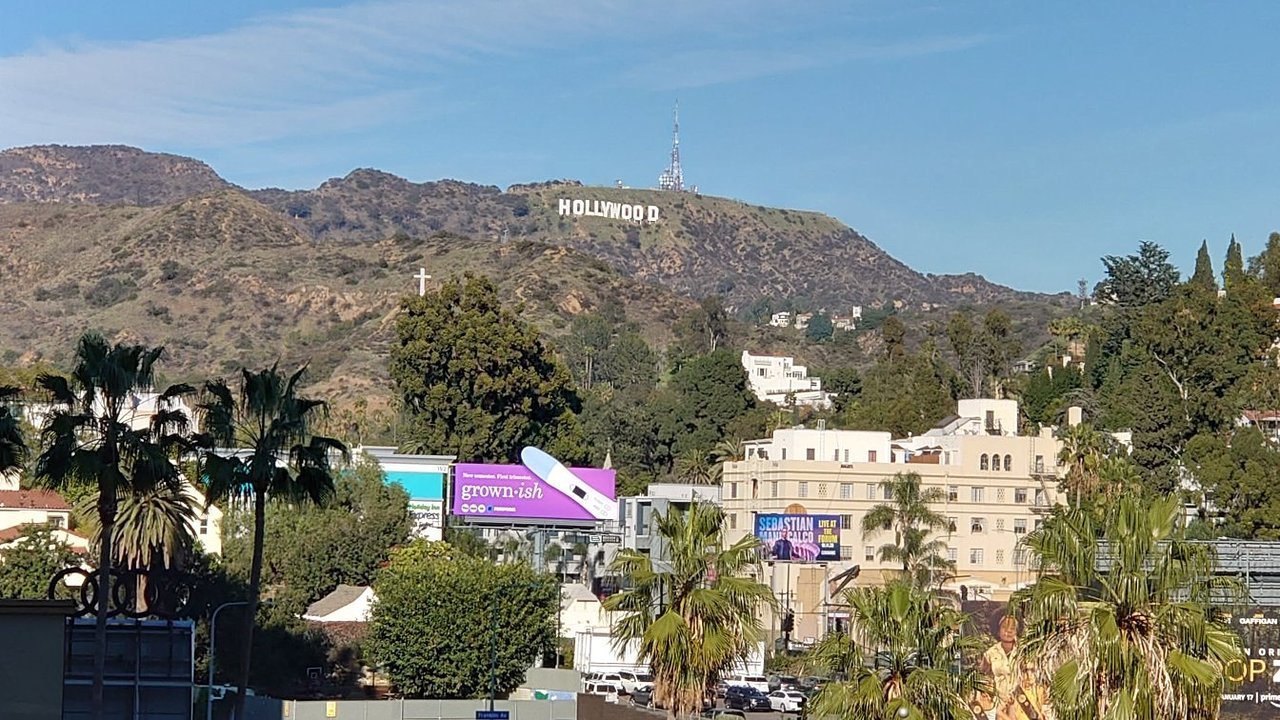 Hollywood –  Originally built as an advertising sign back in 1923 the Hollywood sign stands out when walking around this world famous location. Getting close to the Hollywood Sign, though, is an often contentious issue thanks to pressure from local homeowners. You can catch a perfect view of the sign on Beachwood Drive, or farther up the hill near Lake Hollywood Park. 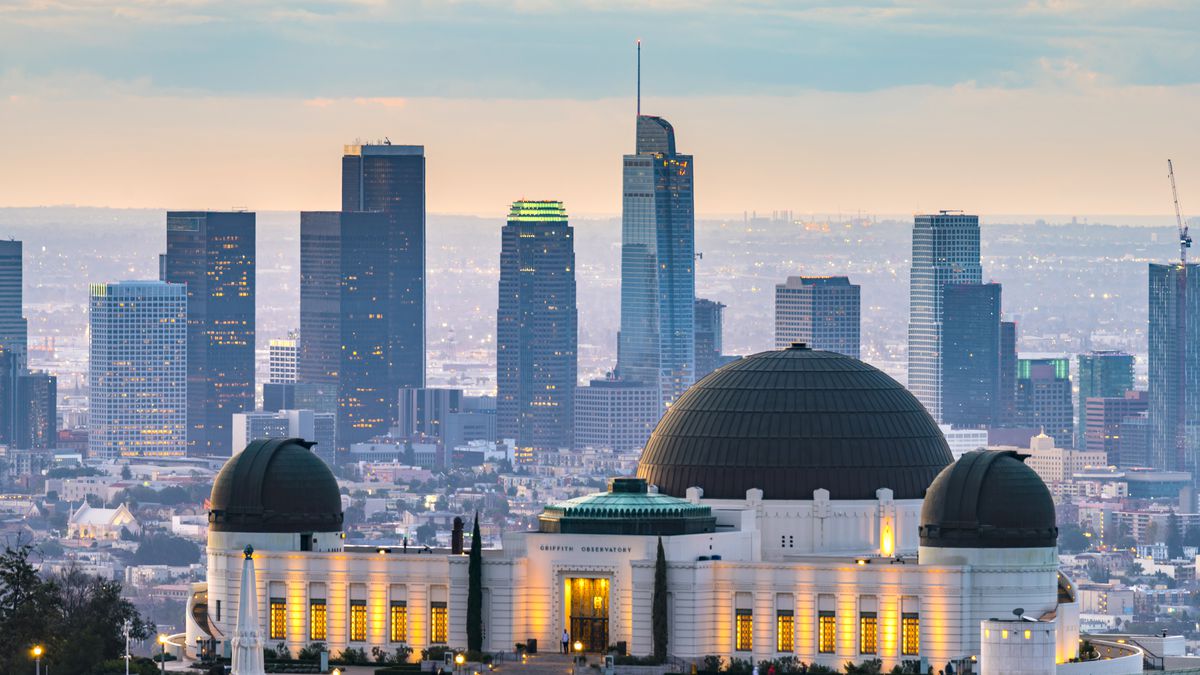 One of L.A.’s greatest cultural attractions, offering spectacular views from the Pacific Ocean to Downtown L.A. from its perch on Mt. Hollywood in Griffith Park. The observatory and accompanying exhibits were opened to the public on May 14 1935. In its first five days of operation, the observatory welcomed more than 13,000 visitors. Today, the Griffith Observatory is renowned as a national leader in public astronomy, and a beloved gathering place for visitors and Angelenos alike 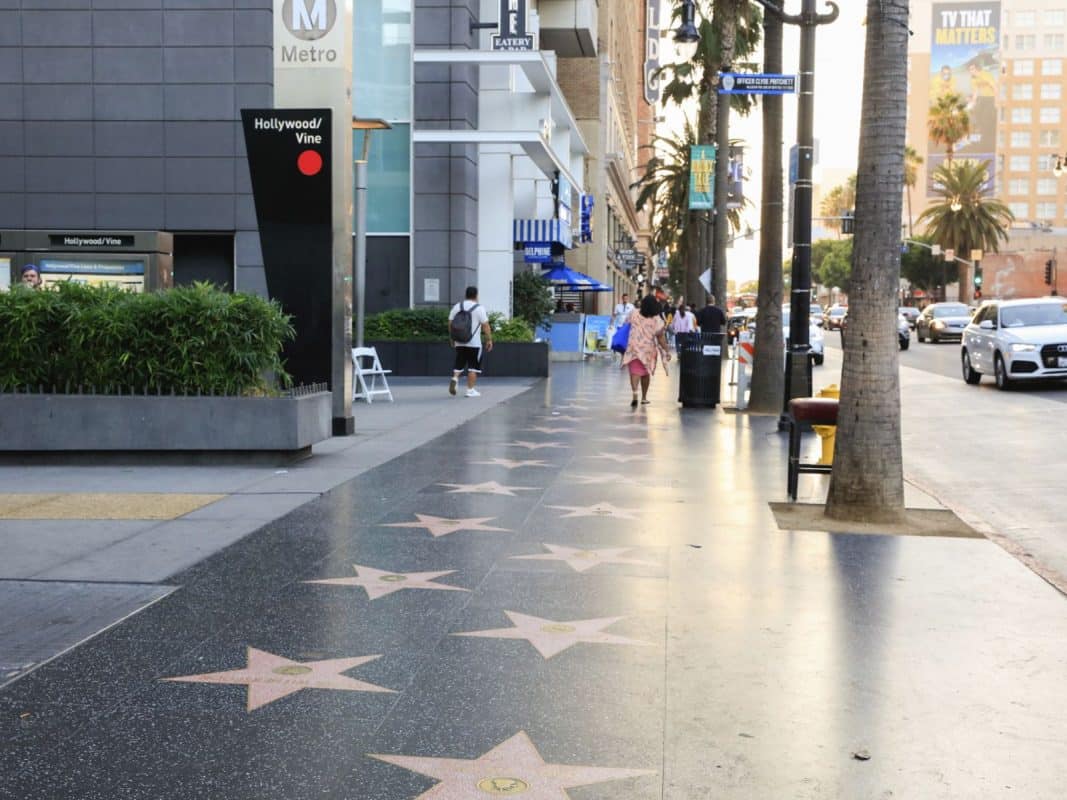 The Walk of Fame was initially completed in 1961 and contained 1,558 stars. But that number steadily grew (an average of two stars is added each month) and now the Walk of Fame has more than 2,600 stars! Take a tour of the Walk of Fame to learn all about its history and to snap a photo with your favorite celebrity’s star. In addition, on the Hollywood Behind-the-Scenes™ Tour, not only will you explore the Walk of Fame, but you will get to see other famous landmarks like the TCL Chinese Theatre and the Dolby Theatre, too. 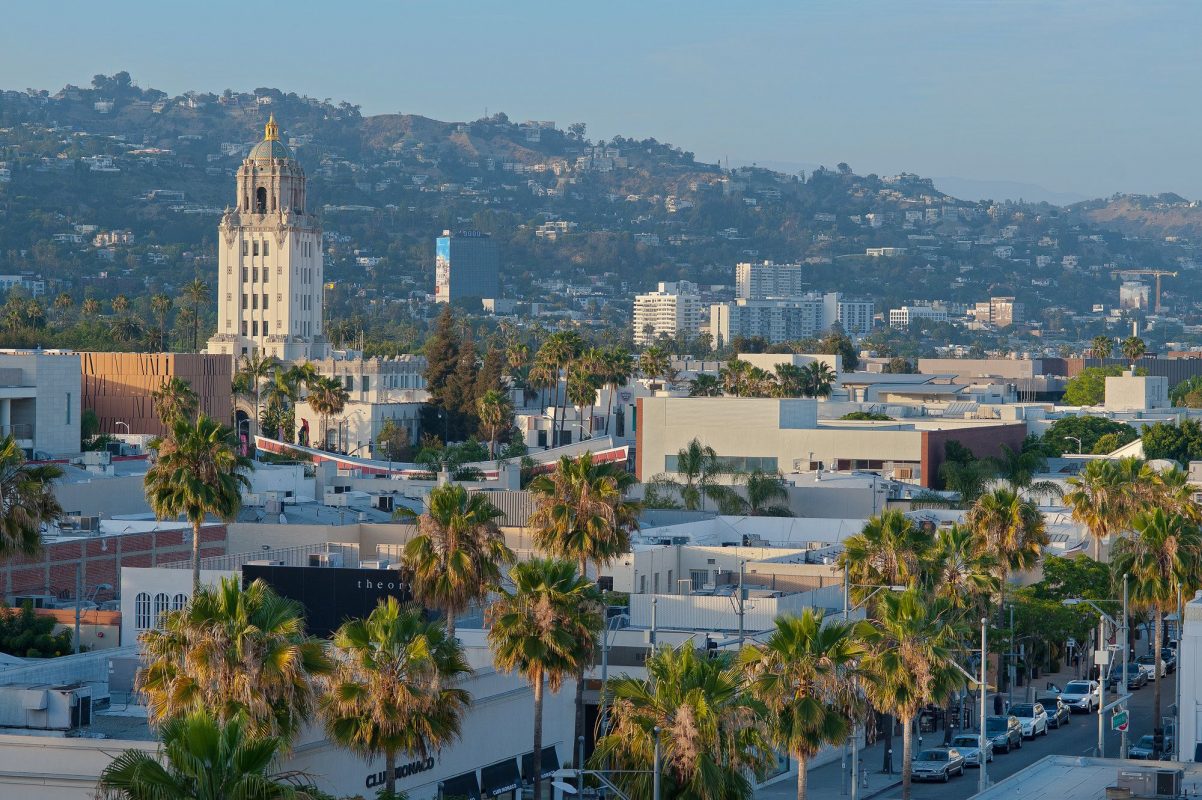 Many movie stars call Hollywood home, and you can see their glamorous houses on the Hollywood Movie Stars Home Tour. The two-hour tour will take you around celebrity homes and hangouts in Hollywood, Beverly Hills, and other fashionable districts. Not only will your guide tell you everything you’ve ever wanted to know about living in Hollywood, but they will reveal celebrity secrets. 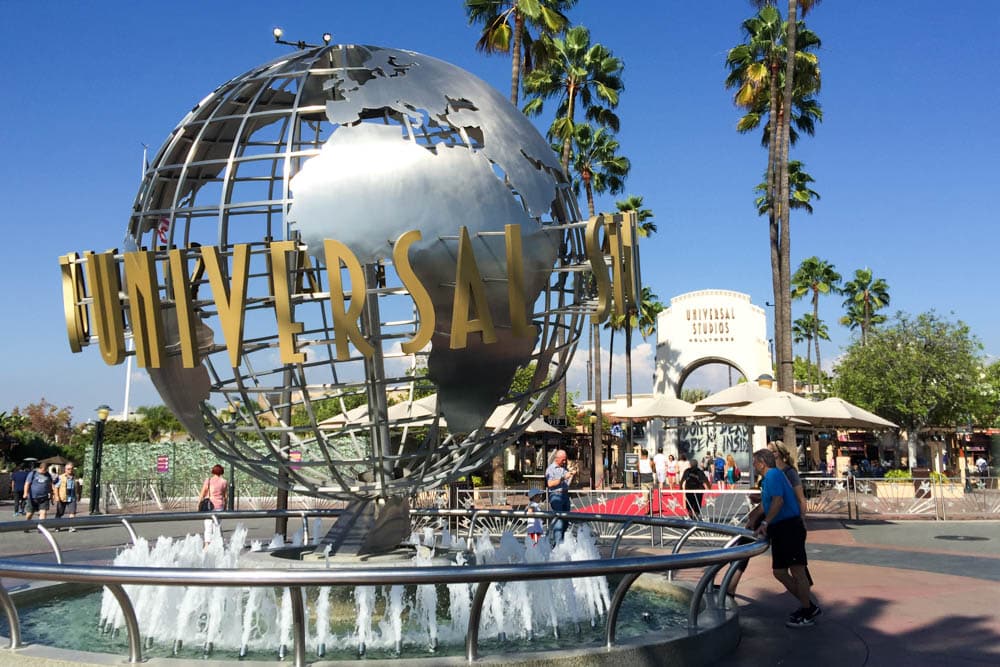 Paramount studios , Founded in 1912 as The Famous Players Film Company, Paramount Studios is the 5th oldest surviving film studio and is the last major film studio whose main headquarters is still in Los Angeles. Having created movies with some of the  “first” movie stars such as Mary Pickford, Douglas Fairbanks, Rudolph Valentino, Marlene Dietrich and Mae West, Paramount has also released such blockbuster hits as Transformers, Mission: Impossible, Indiana Jones, Titanic and Forrest Gump. You can take a tour of the studio 7 days a week and get a real behind the scenes look at some of the great sets on this studio lot.

Columbia Pictures was founded in 1918 and released its first feature film in 1922. While originally considered a minor player in Hollywood, Columbia’s association with famed director Frank Capra  helped make them a major player  and Capra’s Oscar winning  It Happened One Night established Columbia as a heavy hitter in the industry.   Sold in 1982 to Coca Cola, Columbia Pictures was sold again to Sony Entertainment in 1987. Located in Culver City Sony Pictures Entertainment has given us such hits as Spider Man, Men In Black and Underworld.  You can take a tour of the Sony lot where you will swing by legendary stages from The Wizard of Oz and Batman. You can also visit the homes of popular game shows Jeopardy and Wheel of Fortune!

When Fox Film Corporation and 20th Century Pictured merged in 1935, it became one of the most influential film companies of our time. It is the 2nd largest major film studio and has produced such hits as Avatar, Star Wars, Ice Age, X Men, Die Hard and The Fantastic Four to name a few. On the small screen, 20th Century Fox has brought us some laughter and song with award winning shows such as How I Met Your Mother, Glee, Modern Family & New Girl. And let’s not forget about some of the amazing, iconic stars they have brought to the screen including Marilyn Monroe, Betty Grable, Jayne Mansfield and Shirley Temple. While there are no studio tours offered, you can get a real insiders look at the television tapings that they have available during filming season.

You can’t come to LA without going to Universal Studios. Wherever you go, you feel like you are a part of a major movie or television set.  Founded in 1912, this studio has taken us Back To the Future, on a shark hunt for Jaws, running from dinosaurs in Jurassic Park and helped us “phone home” with E.T. The Extra Terrestrial. As the 3rd largest amusement park operator in the world, the Universal experience is unlike any other studio tour. Fantastic for the whole family, it will take you into an entertainment adventure world beyond your wildest imagination.

Founded in 1923 by Albert, Harry, Sam & Jack Warner, Warner Bros Studio was put on the map by a dog. You read that right… a dog.  Warner Bros was the first studio to sign a contract with Rin Tin Tin. All barking aside, Warner Bros has been a leader in producing entertainment on the big and small screen. They were one of the first movie houses to produce the original films with sound, known as “Talkies” with its release of the groundbreaking film “The Jazz Singer” starring Al Jolson. In the 1990’s Warner Bros branched into television with the WB TV Network which has produced several popular TV shows. But their biggest box office hit is undoubtedly The Harry Potter movies which is the highest grossing film series of all time. You can take a tour of the Warner Bros Studios 110 acre lot and check out sets, backlot streets , sound prods, craft shops and more for an insiders look into the studio!

Interior designers – There is a large selection of boutique furniture stores in Hollywood, however they are over priced and you can end up spending to much for the same piece of furniture. When working with your interior designer be sure to ask them where the furniture is coming from and if they checked pricing online before purchasing. We work with a few different interior designers so contact us before hand. 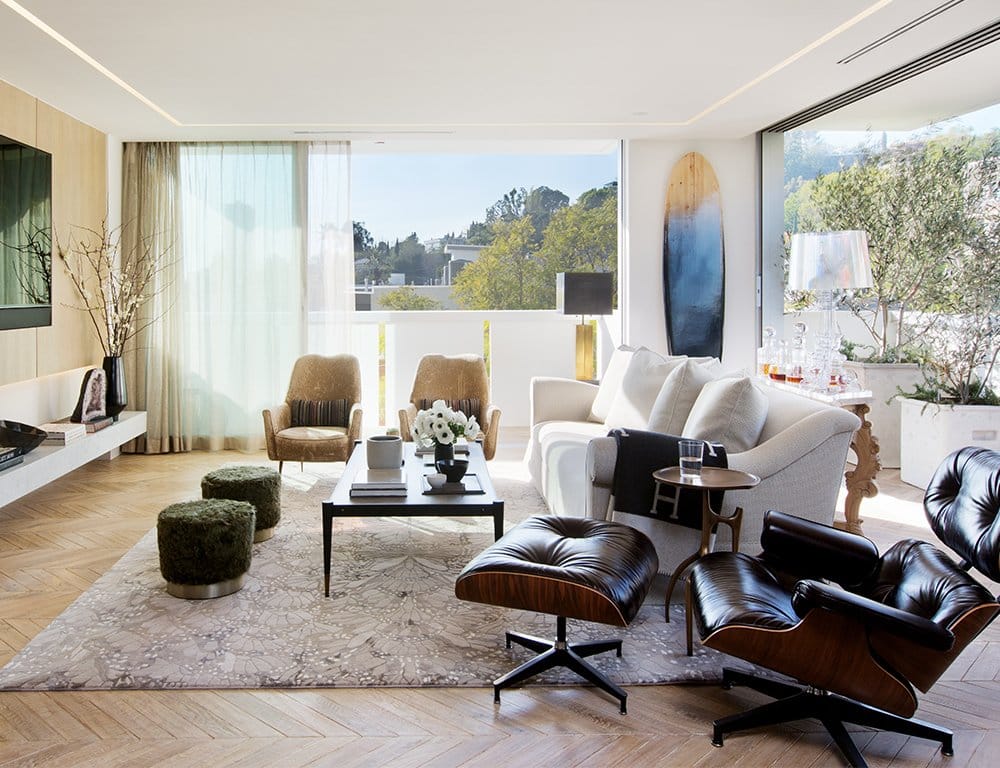 There is a large selection of boutique furniture stores in Hollywood, however they are over priced and you can end up spending to much for the same piece of furniture. When working with your interior designer be sure to ask them where the furniture is coming from and if they checked pricing online before purchasing. We work with a few different interior designers so contact us before hand. 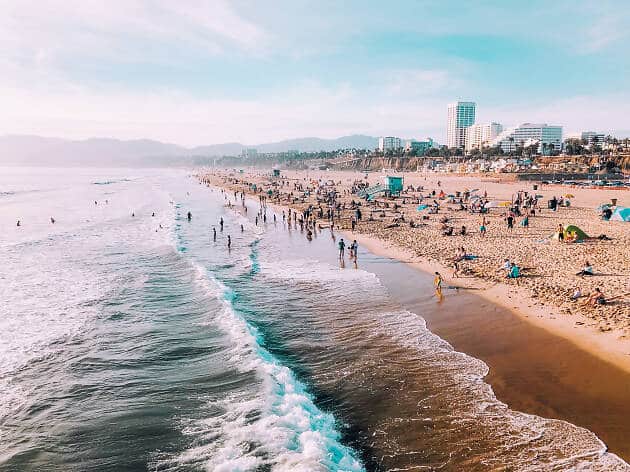 Santa Monica Beach is lovely, but more importantly, the pier is worth a visit. The Santa Monica Pier is full of restaurants, shops, and of course, the Pacific Park amusement park. With the Go Los Angeles pass, you can enjoy admission and unlimited access to Pacific Park’s twelve rides. You especially have to ride on Pacific Wheel, Pacific Park’s Ferris wheel, for amazing views of the beach and ocean. 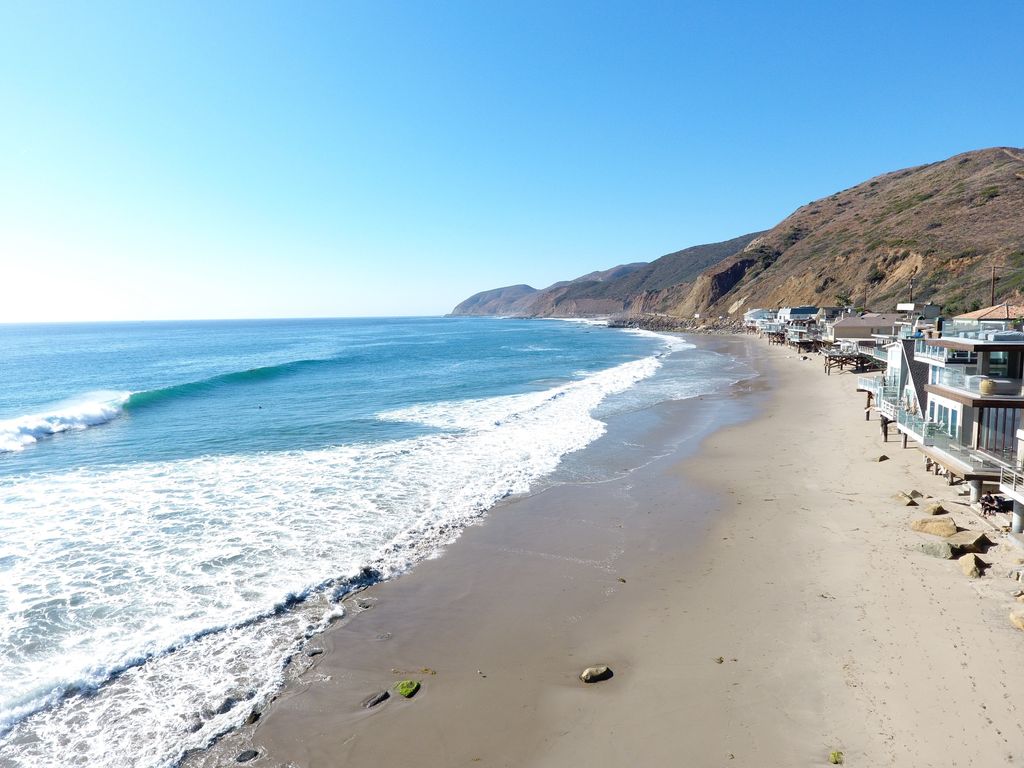 Malibu is most famous for its beaches, and the beautiful celebrity homes located along the coast. Take a tour of Malibu’s Celebrity Homes and learn all about which stars call the area home 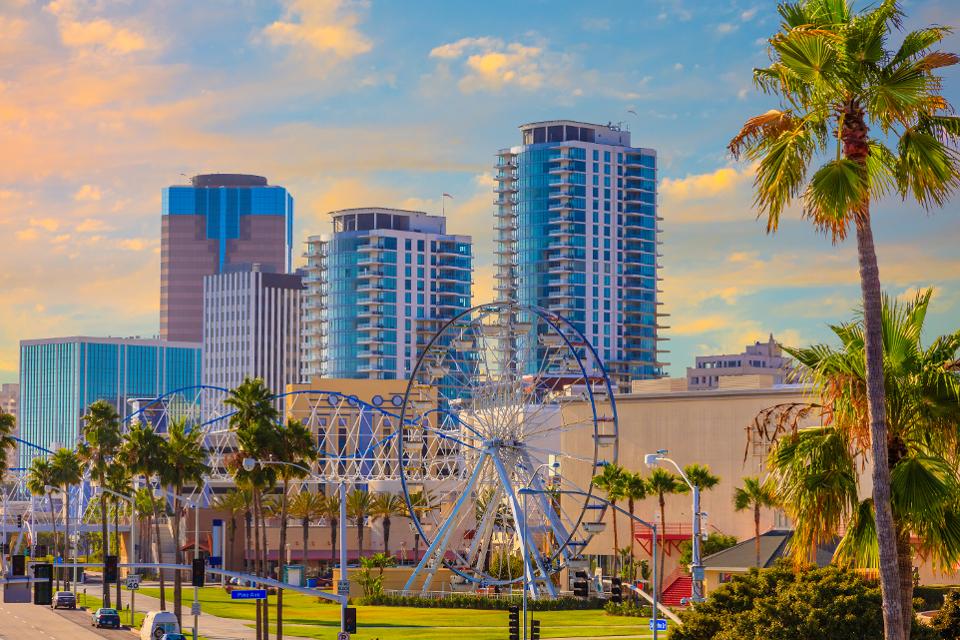 Long Beach is a little further down along the coast. Aside from having a stunning beach, there are also plenty of attractions to enjoy in Long Beach. 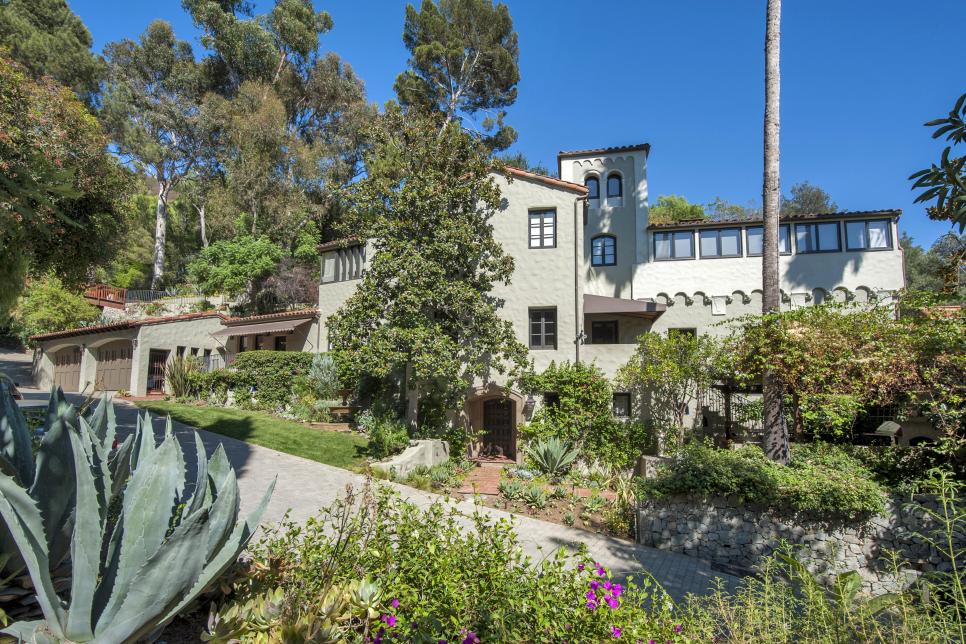 Los Angeles is famous for its picturesque single-family residences (from Spanish-style to midcentury modern), but those aren’t the only types of home available. As local leaders focus on developing dense housing around transit, the city’s housing types could grow even more diverse. Single-family homes: Your classic American-style house that sits by itself on its own plot of land (white picket fence and swimming pool optional). 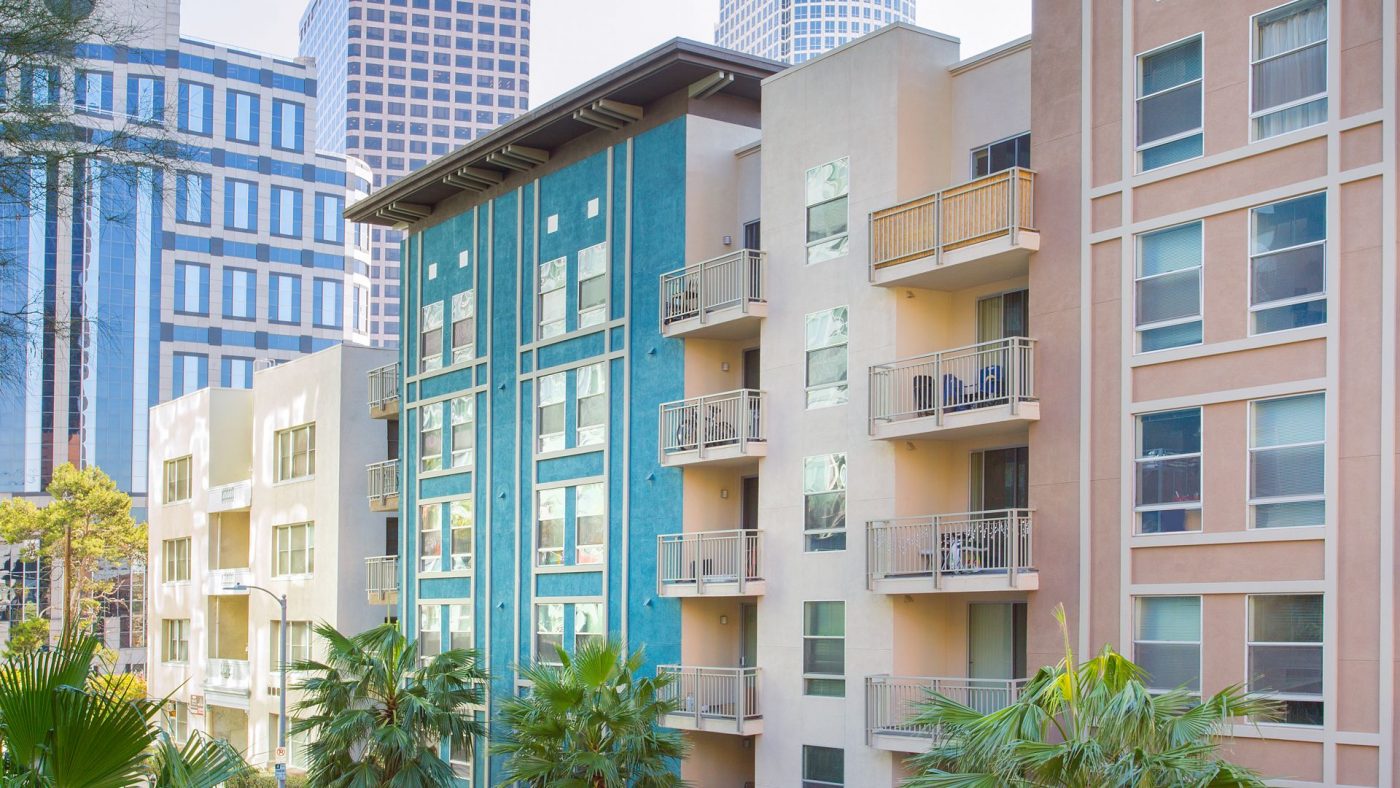 Duplexes/triplexes: A property with more than one self-contained unit (each with its own kitchen and bathroom). These are often snapped up by investors, but can be good options for buyers purchasing homes with extended family in mind—or those planning to take on a renter to help pay the mortgage.

Condos: Condos are basically apartments that you can buy instead of lease. Unlike single-family homes, a condo building and the land beneath it are co-owned by everyone in the complex who has purchased a unit.

Amenities and upkeep in a condo complex are paid for by a homeowner’s association, which is funded through monthly fees paid by residents. Single-family homeowners don’t have to pay these fees—but they are also shoulder any home maintenance costs themselves, rather than dividing them up with neighbors. 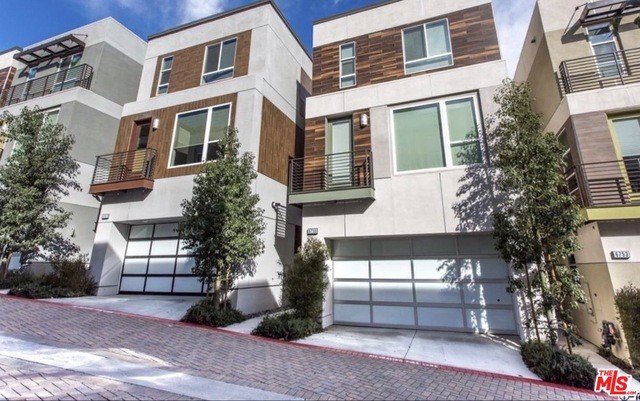 Townhomes: Generally attached to neighboring units, these offer the space and feel of single-family homes, but they function more like condos. Residents share ownership of the land around the homes and pay monthly homeowner dues. 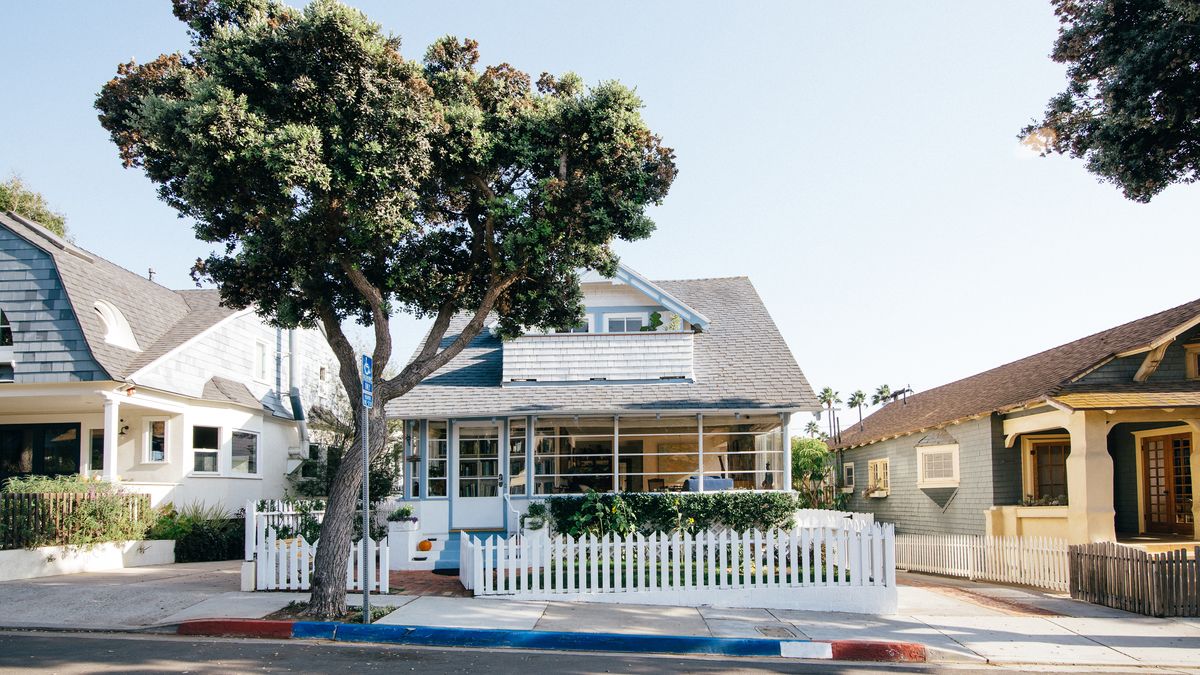 Small lot homes: Somewhat unique to Los Angeles, small lot homes might look like townhomes from a distance, but they are, in fact, more similar to single-family residences. The units in small lot complexes do not touch and sit on tiny pieces of land barely larger than the house itself. Buyers don’t have to pay dues to a homeowner’s association and instead pay much smaller maintenance fees for upkeep of communal space.

Developers of small lot homes often bill them as (slightly) more affordable alternatives to traditional houses. Right now, for instance, a three-bedroom small lot home in Eagle Rock is listed for more than $400,000 less than a similarly sized single-family home a few blocks away. 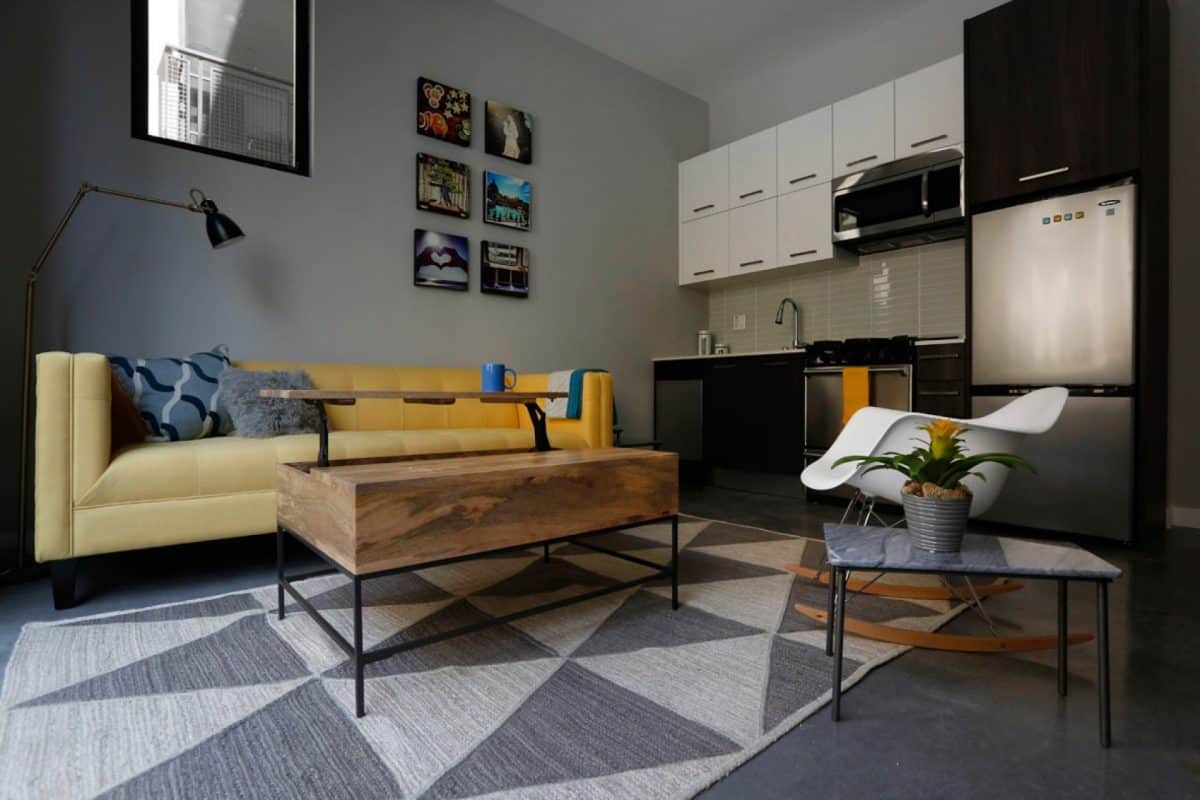 When living in Los Angeles County its very common to live in a small apartment or condo. You are forced to decorate around practicality, this doesn’t mean you cant keep it stylish. If your saving dining room space why not make the most of your kitchen counter by using bar stools, we also have smaller  breakfast or bar tables that work great in apartments. Having a guest room is probably not an option if you are pressed for living space. Try to find a decent sized pullout couch or adjustable sofa for potential visitors. 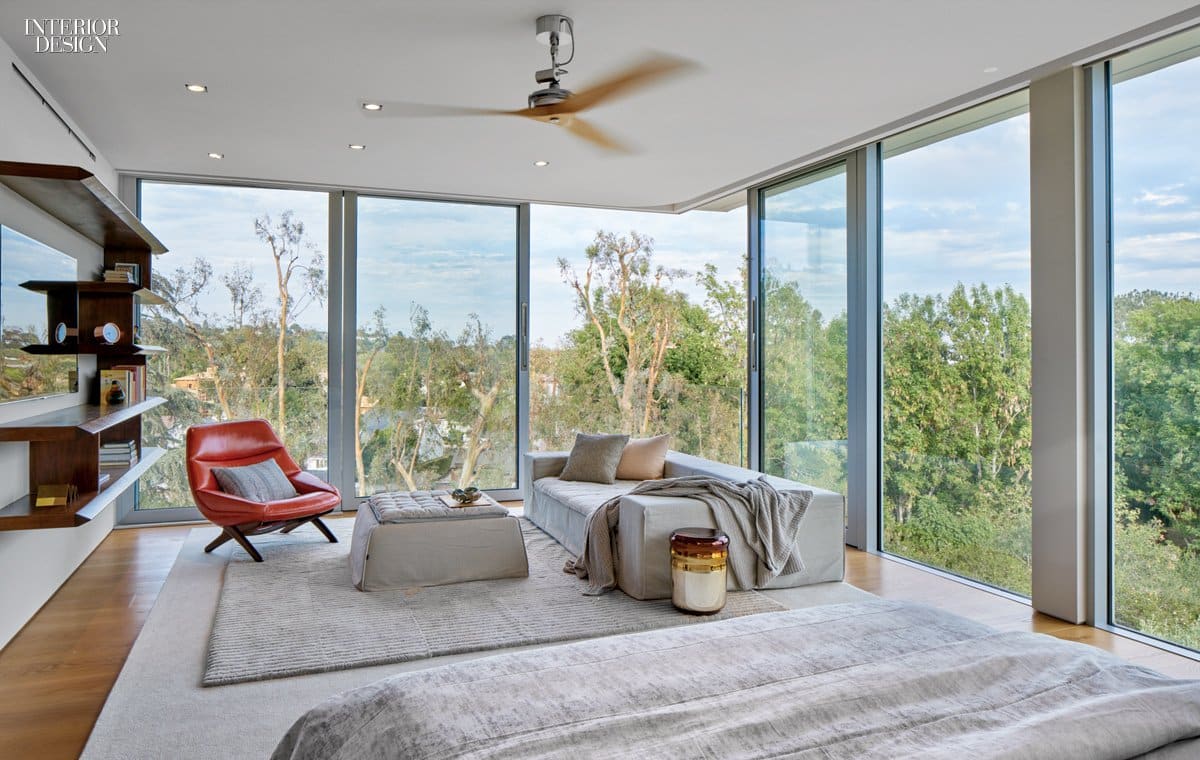 Most condos, apartments or even homes are smaller in size in Los Angeles County you have to be creative when furnishing your home.  We have a large selection of smaller sectionals and dining sets that are perfect for a smaller condo. If you do not have a spare room but usually have guests come & stay a good option would be a sleeper sofa. A perfect example of a small sleeper sofa is our Hilton sectional sofa. If you do not have a large area to eat in you can always place bar stools along a kitchen bar or go with a smaller size dining set. We Contact our sales department with any questions and we will be happy to help you choose what furniture will fit. We provide the dimensions under each product so we always advise our customers to measure your living space first. 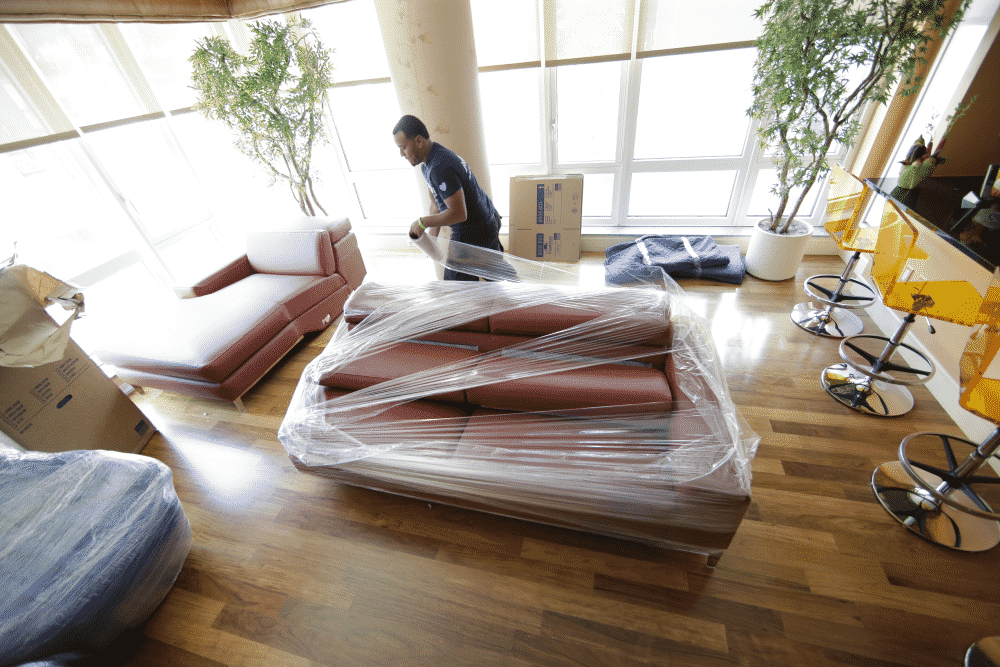 We offer 3-4 day furniture delivery to all of Los Angeles and the surrounding area. Our licensed and insured delivery team can bring the furniture inside your home, install it and remove all the boxes and packaging. If your building or neighborhood requires a copy of insurance we can send that before delivery, we just need 24 hours notice. If you want to furnish a whole home we can give you a great package discount for everything, then have it delivered and installed on the same day.

Keep up to date with our latest sales, promotions and seasonal furniture posts! We will also be posting different room style ideas from current customers or designers we have worked with, email us to be featured!